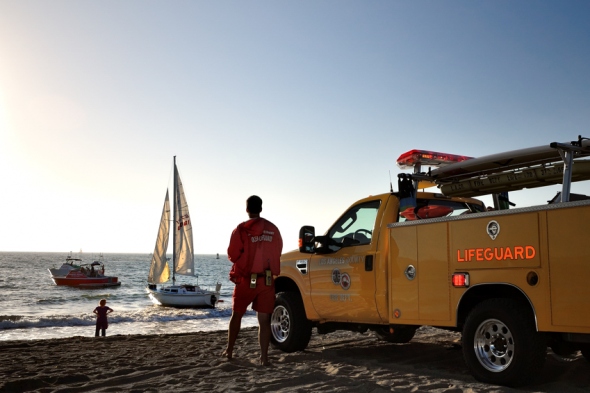 A bit of a change of pace from Texas (we’ll get back to that). This was shot at Redondo Beach, California. I was doing my usual crawling around underneath the pier looking for some kelpy barnacles and other marine creatures to photograph when I noticed that this sailboat was strangely heading for the beach and the breakers. Being a Sailor myself, I was expecting the Captain to tack (turn) at any minute but she kept coming and hard! The boat ran ashore and was tossed around in the surf, turned sideways and almost knocked over. Very soon afterwards, a Coast Guard ship showed up, Police arrived, and this LA County Life Guard as well.

A rescue team rushed into the water to assist the stranded Captain and Crew…but there was none to be found. Had they been knocked overboard further out at sea? Been abducted by Mexican Pirates? Very mysterious indeed.

Here you can see the Coast Guard ship with a secured tow line, dragging the unmanned sailboat to safe harbor. It was accompanied by a Coast Guard chopper and several other ships. Still makes me wonder what the story was behind this grounding of The Ghost Sailboat. 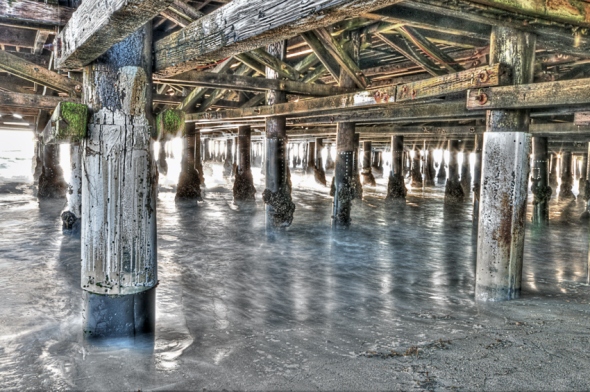 I love shooting HDR underneath piers. There are always surprising textures and colors to be discovered. The Redondo Beach Pier is massive, with places to eat, Pubs and even a concert venue. And the occasional photographer lurking underneath!  Latest updates are at http://www.kerstenbeck.com

At first I thought there was an antenna farm on the pier, but closer examination with a 200mm Nikkor, Fishermen! (Duh). Simple composition after the sun had set, liking the contrast with the pastel sky. 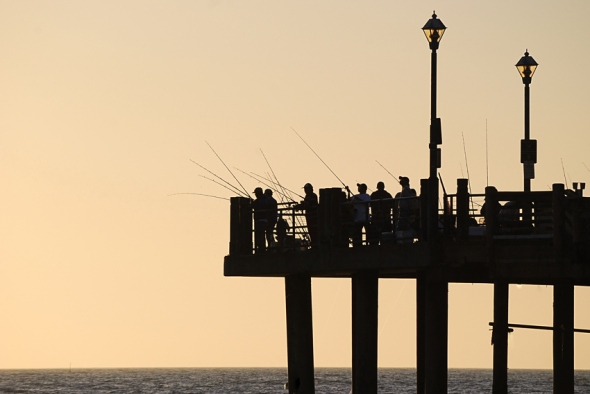